Taylor and Karley met through Anthony Busceme - Karley’s uncle and long time friend of Taylor and the Zummo family. On a quest to set his niece up with a great guy, Anthony continuously spoke of her to Taylor and knew they would make a great match. In 2016, Taylor was living in Dallas and working for his family’s business, Zummo Meat Company, while Karley was finishing up her junior year of college at LSU studying to be an English teacher. Taylor reached out to Karley and their first date was in Baton Rouge, Louisiana in May of 2016. He took Karley out to a great restaurant called Gino’s and two things stole her heart that night - the Italian food and Taylor Zummo.

Since then, Karley has graduated from LSU and has been working as a middle school literacy teacher, and Taylor has moved back to Beaumont, Texas, has bought a beautiful home, and is still selling that sausage and boudin for Zummo’s! They have spent their years of dating by traveling, practicing new recipes, watching western movies, going to LSU games, playing with Taylor’s dog - Ranger, celebrating their favorite holiday - Mardi Gras, and supporting each other through prayer and lots of love.

On July 5, 2019, Taylor surprised Karley with a weekend getaway to Baton Rouge. Little did Karley know, this was not just another trip to one of their favorite cities. Taylor proposed to Karley on the marble steps of the Watermark Hotel, surprised her with an engagement photo shoot downtown, and took her to a fabulous celebratory dinner at Juban’s!

Baton Rouge holds a very special place in Taylor and Karley’s hearts and they are thrilled to celebrate their marriage with family and friends. 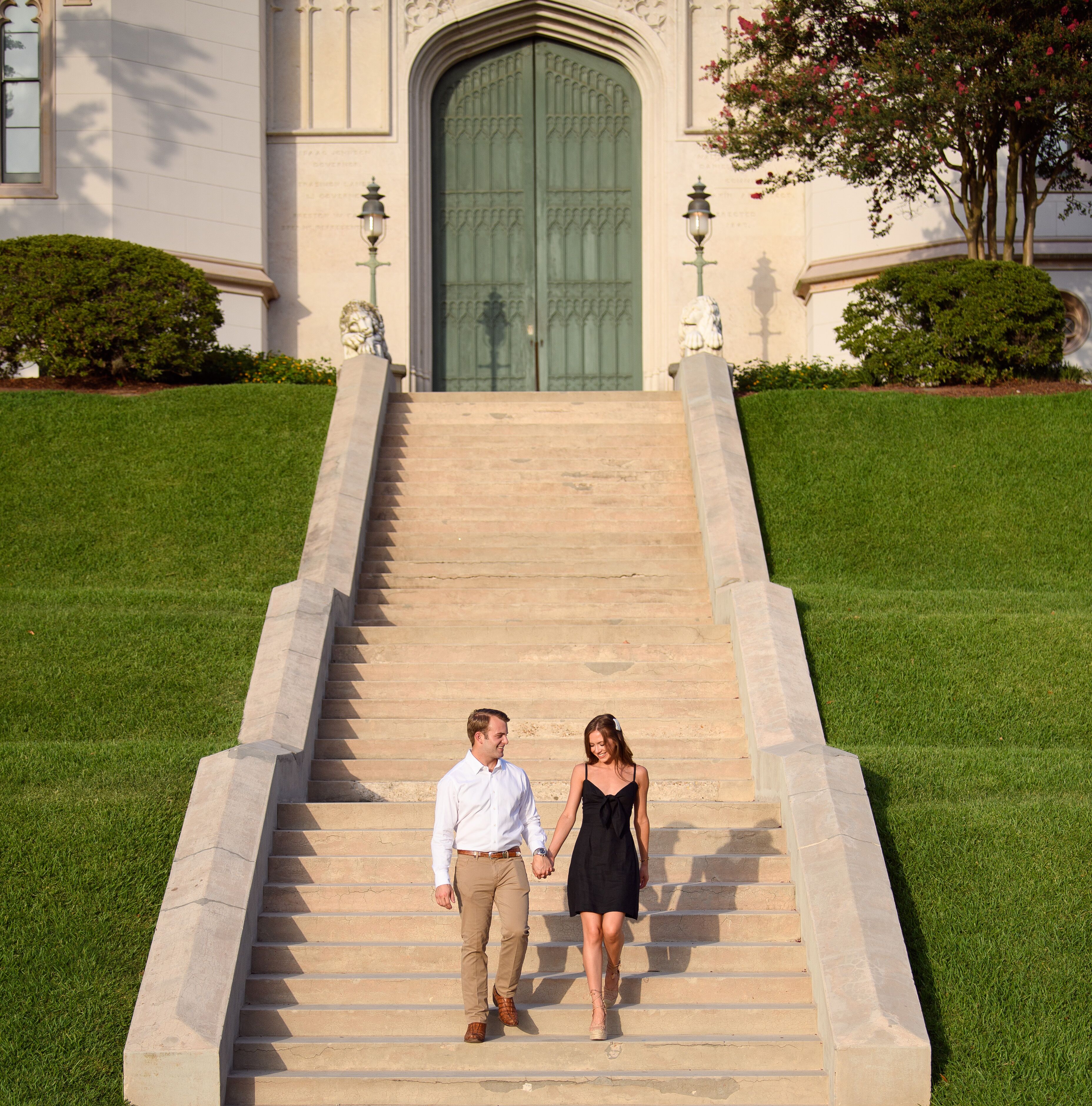 Thanks, we've received your .

Need a place to stay during the wedding?